After their book Transitoria in which both artists further refined dialogue and digging into their own oeuvre, this is the moment to return to the spotlight with new work.

The search of an artist is always twofold, it is a search inside for self-reflection, for meaning. The other is always looking to create new forms of this search, to the new, the path of experimentation and new experiences, new memories. In this exhibition both artists show recent work in their search. They place these works in dialogue with each other, creating a fascinating field of tension between the works and the viewer. It is always a synergy they are looking for.

Synergia (Greek synergy, cooperation) is the added benefit that arises when parts go together compared to the sum of the parts. This is how both artists approach their friendship and the visual dialogue they develop. Both have already developed a layered and substantive visual oeuvre and exhibit both in Flanders and abroad. Joke Raes is known for her eye for detail and uses nature as inspiration, Jonas Vansteenkiste is known for his monumental installations and psychological reflections on the home and architecture. In this exhibition, they show a selection and a foretaste of their broader oeuvre. We are now bringing these apparent opposites together, but are they opposites or do they have more in common than appears at first sight?

Joke Raes is an artist who lives in Bruges and works in Ghent. In ’16 she completed a postgraduate degree at the HISK, the Higher Institute for Fine Arts in Ghent. Raes gradually found her place in the visual arts after an underwater exhibition in the Red Sea and a residency with indigenous people living deep in the Peruvian Amazon. Her organic drawings, sculptures and installations seem to come about effortlessly, but a closer look reveals a dizzying level of detail: each work is painstakingly crafted, revealing an obsession with the surface and everything beneath. Her organic imagery has the visual profusion of the rainforest, of a sprawling, serpentine nature where man is only one of hundreds of thousands of species – and yet she maintains complete control, as if she has borrowed the compound eyes of a dragonfly to keep track of its exact location even during the most nervous flight. Raes doesn’t lose her way in the labyrinthine lines of her drawings, she doesn’t seem to hesitate for a second while she glues together thousands of plastic teeth – or hooks, what are they, those little scraps of industrial material that fit seamlessly with the feathers, the kittens and the seeds? Everything is clearly structured, finished into forms that allow the viewer to construct their own story. Several formal themes can be discerned in her work, such as the imaginary line that divides an assembly or drawing into two halves or corresponding spheres. Raes often juxtaposes inside and outside; filling and encapsulating; preserving, sheltering, hiding. A prominent place is reserved for the imaginative botanical forms that she draws, lashes, models, knits and assembles. Raes’s eclectic, tactile use of materials blurs the distinction between nature and culture – the concepts are in fact mutually exclusive: in her work, man dissolves into nature, while nature disappears at man’s hands.

Jonas Vansteenkiste lives and works in Kortrijk. He is a visual artist who investigates the field of tension between architectural spaces and the psychological impact of space. He has a broad visual language that ranges from installation, sculpture, video to drawings. He obtained a Master in Media Art at the Royal Academy of Fine Arts in Ghent and later a second Master in Research in Art and Design at the ST Lucas in Antwerp.

Next to his solo career he works as a duo with artist Veerle Michiels, together they develop site-specific installations and investigate how fragile history can be.

Vansteenkiste is internationally active, he was invited as a resident at the renowned cité des arts international in Paris, he was selected for the ZK/U Residency in Berlin where he researched urbanism and scale models.

During both his residencies at Sundaymorning@EKWC, the Netherlands, he developed a complementary visual language by working with ceramics, which he incorporates into his installations.

He was selected and won several prizes, including the provincial prize for visual arts in East Flanders.

His work has been exhibited nationally and internationally in various shows. 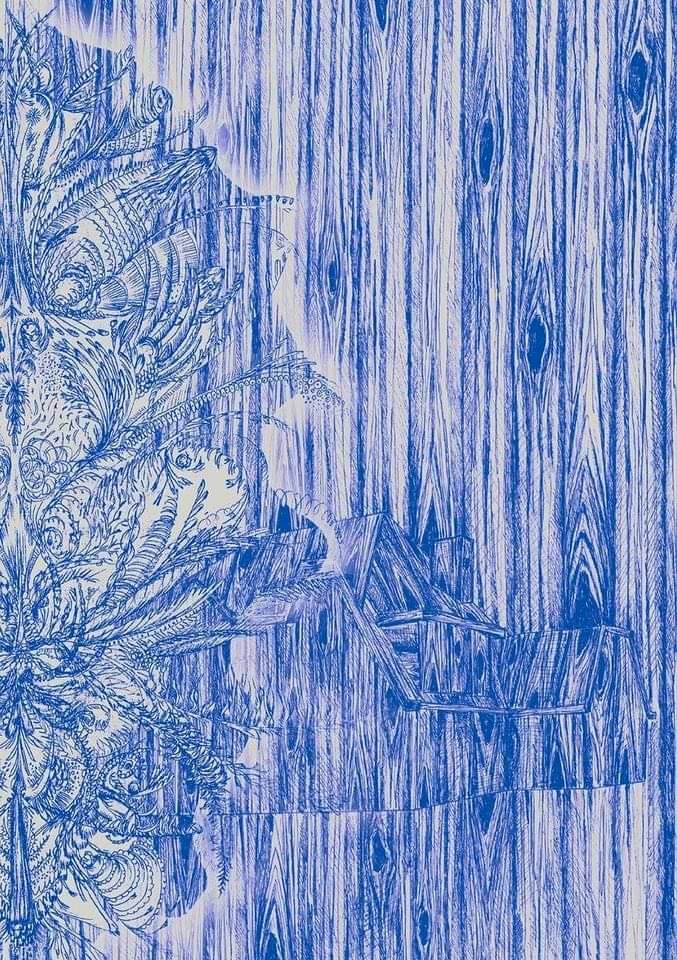