Painting without an alibi

The Painter of Silence

Jean De Groote is an alchemist of the soul. While blue chip artists constantly seek the limelight, De Groote prefers to lock himself up in his very own Eleusis: his studio. In this holies of holy, he tries to capture the essence of things. With his painting brush acting as a philosopher’s stone, he distills what is considered golden: silence.

With every trace of visual noise eliminated, Jean’s paintings leave a serene, zen-like impression. Freed of cheap sentiment, “a rose is a rose is a rose.” Even the most banal objects are transformed into sacred artefacts. A miserable lamp is worshipped as a relic. A simple twig becomes a meditative  roadmap. A loaded bow is lying all by itself in a sea of tranquility. As if to prove than words can hurt, yet it’s the silence that kills.

In all these works, Jean doesn’t strive to make objective depictions. That role has been reserved for photography for over a century. Instead, the vivid brushstrokes, the dramatic shadows and the plastic application of paint instantly signal ‘this is painting’ – a medium now sentenced to make the invisible visible. In this impossible quest, the artist categorically rejects prettiness. He doesn’t want you to like it. He wants you to get it.

If Inuit have 50 words for snow, then Jean must have 1000 for white. In some works, white defines a space, in others it creates a void. White can be matter absorbed by a black hole. Or mark the borders of the Styx. Mixed with black, white is infinite. More colours? Be careful what you wish for. The master likes to strike back with toxic shades of cardinal red, Naples yellow and cobalt blue.

One of his finest creations is a bend nail hanging from a rusty wire painted on a giant white canvas. For Jean it’s another attempt to express the inexpressible. For me, it’s the ultimate altarpiece. The Passion reduced to its absolute essence. Because the strongest suffer … 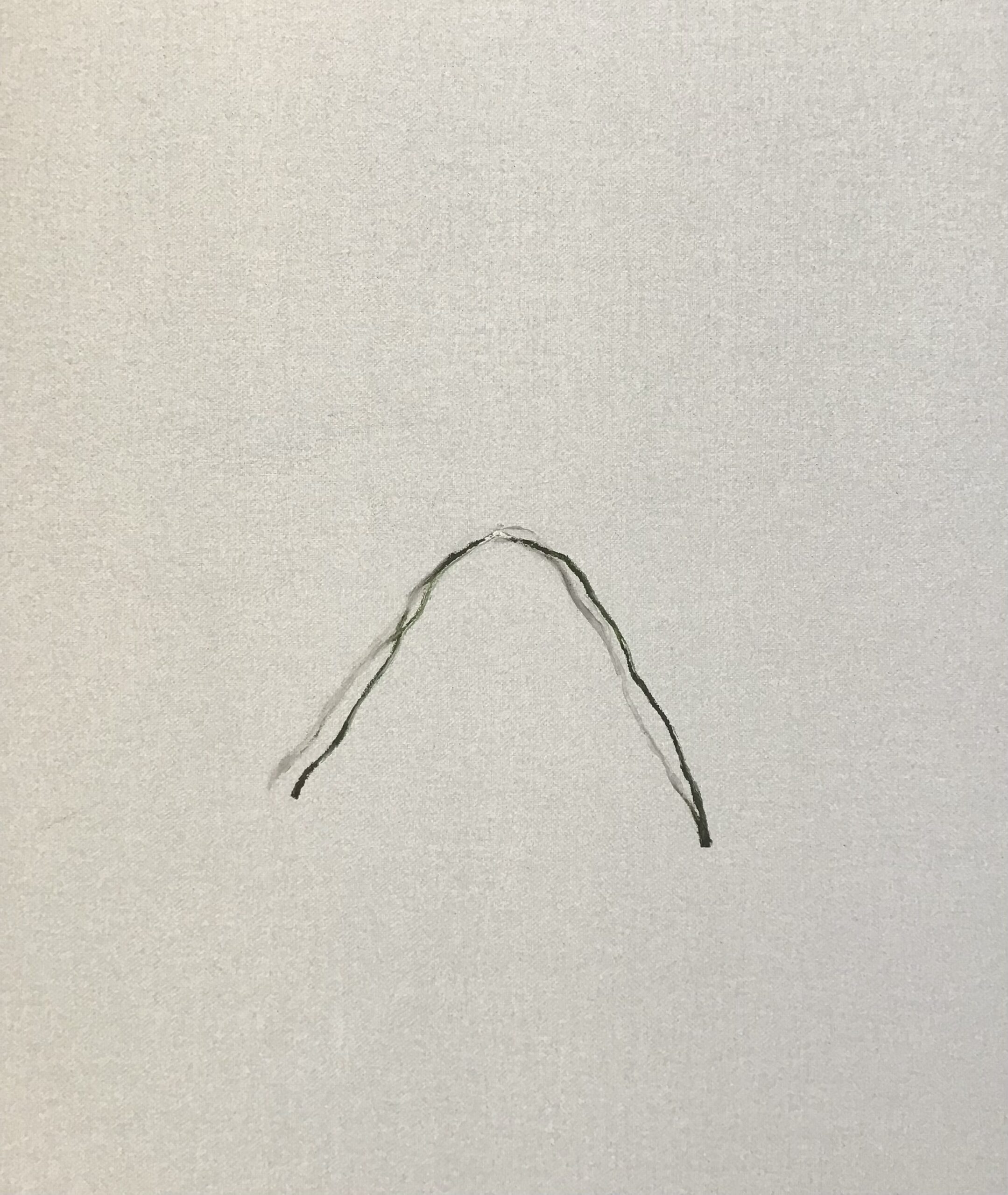